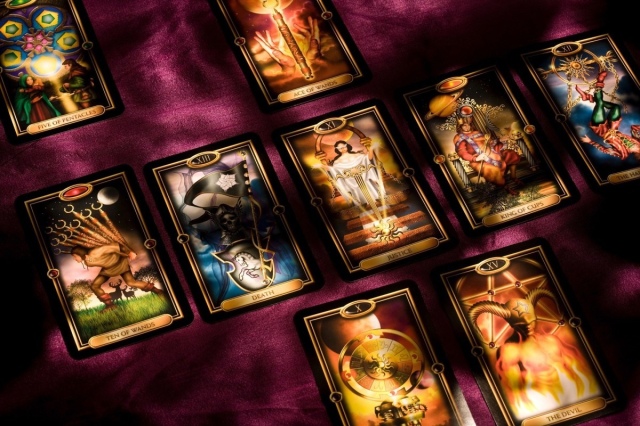 Last month, I reviewed the cover story of the newest magazine, Unreal Magazine, which was had such grand potential. This time, I found one even better. Today’s story is Immortal by Adithi Rao, as featured in Unreal Magazine. You can find it here. This is the tale about a man on the streets of India, who becomes a fortune teller thanks to a parrot with a knack for tarot cards. However, the fortune tells a dark fate for our hero, especially when he uncovers something grand.

So let’s get into it.

Who wants to live forever?

The story follows Kashinath, AKA Kashi, who discovers a green parrot and uses it to become a fortune teller for money. The two are homeless and with the parrot, they get their way back to a comfortable life. But when the parrot, Jalebi, tells Kashi’s fortune, a life card and a death card, would decide his fate. If only he knew what it meant.

I loved this story for a few reasons. One, it takes something so simple, fortune telling, and gives it a magical twist. I always enjoy reading stories in places other than the US of A, and because it adds that unique flair that wouldn’t otherwise work in this country. I’ve always been intrigued but having a story about fortune telling and it being entertaining is a good feeling.

Seeing Kashi and Jalebi together was a delight. I enjoy seeing animals become part of the plot and it did so in a neat way. It made me love the little bird, which usually doesn’t happen often. That and it being a slight antagonist in the form of telling that his master is going to potentially die is a nice twist. In fact, it only seemed to do everything it could to further Kashi’s demise which was a great twist.

Second, the twist was predictable, yet convincing and believable. The outcome was a given, but getting there was the fun. Usually, you’d expect the character defy fate by doing everything possible to avoid it, or be something unrelated, yet convincingly unique. This did neither and it worked out wonderfully. Usually fate tends to be an underwhelming plot device because you can see the outcome a mile away. So a story that not only follows through, but does something unique with it is a good plus.

Characters were fun to read. The main character being a fortune teller, the parrot being the equivalent of the grim reaper, his wife always looking out for him. Seeing the characters interact with the setting and push the story along was great. It really made the world feel alive and believable. It felt real to me, like being in such a world. Most stories feel too caricature-ish, too cartoony, and doesn’t feels too fictional (even though it is fiction, like seriously).

So having this combined with the concept of fate and predictability, yet being believable enough for the world was a good bonus. Towards the end, though, we do get a slight shift as we find out Jalebi’s motive, leading him into the temple walls where they meet some to the temple’s stone guardians, who offer some hospitality for Kashi, only for his fate to be fulfilled, his immortality to be achieved.

It did feel a little jarring and honestly felt like an illusion if anything. I’m not too familiar with Indian culture that much, so I wasn’t sure if the parrot had some significance here, but going from mostly believable to grand illusion felt sudden. I wasn’t sure what to make of it since I felt it could have gone through without it, but the title makes sense here. Granted, the temple was alluded to as their main location (near the outer walls anyhow), but it almost felt out of place for the story it was trying to tell.

The parrot definitely had importance and seemed to be plotting its fate, though for what reason isn’t clear. Just wish the transition between the two events was a little more clearer. Like having a legend about them or seeing Jalebi interact with the statues. Something to indicate what kind of story it was. And while the story itself was solid otherwise, it could have been a bit clearer on that front.

While the transition between the first and second halves could have been better, I enjoyed this story a lot. It had a sense. Of mysticism and intrigue, knowing what Jalebi the parrot had in store for Kashinath, and watching a normal day in India and trying to defy fate made for a fun read. I definitely recommend this story to those looking for a curious read.

+ A parrot with an ulterior motive

– Transition can be a bit jarring.