My first novella, City of Kaiju, is out today! Available through Amazon and Books2Read. You can see a preview of the very first chapter here. Help support a fresh new author with a fantastic read this winter season.

Storytelling Art is a series about the kinds of storytelling methods I use and what kinds of material I use to make them. I also talk about my life as an author and what goes into my day to day life. Today, we’re talking about the importance of editing and self-editing. 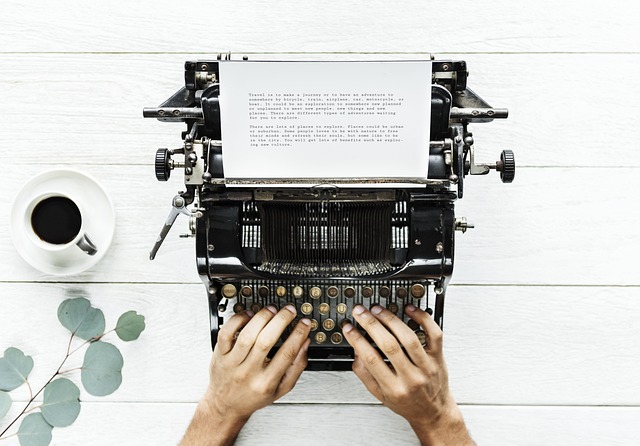 So, about a week ago, there was a twitter post about some “advice” if you’d like to call it that. In her original tweet she stated that “Anyone who relies on self-publishing and doesn’t consult an editor is a fool” according to some anonymous weirdo. To start, that’s awfully harsh. I understand not everyone can afford to edit, and some do feel confident enough in their editing skills to solicit feedback for free, but considering that anyone who doesn’t is doing it wrong seems to be going too far.

I admit, I was one of the many who followed her (and inevitably unfollowed), and no doubt this ruffled many feathers in the indie and self-pub scene, so she made a few follow up tweets which I linked above.

Beginning with her follow-up tweets slamming anyone who expects work to be done for “free.” I mean, yes, editors shouldn’t have to give away their services for free, but no one should have to break an arm and a leg for it either. And if they can’t afford your services, then perhaps direct people who can? I mean, authors help each other out, why not editors? I mean, there is the risk of losing sales because you’re higher in their budget than they would want. But while paying 2,000 or more for developmental editing of a typical 80k word book, might I add that this shouldn’t be the only way to go about things?

I understand that work should mean money, and that nothing is truly free in life, but shaming authors just because they can’t afford professional editing doesn’t make them any less of an author. I mean, it definitely helps and can increase your chances of standing out, but if you know what you’re doing, more power to you. I always comment on certain stories about how a little more work could have gone into them. Either having someone else look at it and proofread or finding a smaller editor to work with. Either way, a story is a story, even if they do all the work. I survived a long while without an editor, but their merits still exist.

And finally, the nail in the coffin, there was some “advice” and I’ll list them below:

–Ask your wealthier friends to help pay for it (because everyone knows that super rich friend. Yeah, you have one, right?)
—Get a loan (DON’T EVER DO THIS. HOW ANYONE THINKS THIS IS A GOOD IDEA IS MIND BLOWING…sorry)
—Editor could do a service swap (not sure what she’s implying, but giving an editor your story like that just screams shady business)
—Payment plan (one editor I worked with paid $1,200 USD that was paid in 350 increments. It helps, but it doesn’t solve the problem of being expensive, especially if you have bills to pay)

On top of that, the editor, to try and cause damage control instead of apologizing outright, wanted to do a contest to get free editing to low income writers. Not sure who’d fall for that after what she said. No thanks.

I might seem ranty, but it really ruffled my feathers a bit. So, to counter that, I wanted to give my thoughts on the importance of self-editing, professional editing, and how to tackle getting feedback that helps any budget.

The Importance of Self-Editing

Self-Editing, aka, doing the hard work yourself. Now most people assume that since traditional publishers have their own editors, self-editing isn’t worth pursuing. If anything, that would be the real “foolishness.” If you’re pushing this out to places like DeviantArt or Wattpad or whatever, and have no interest in publishing, then at most you’d have to check for inconsistencies and errors. But if you actually want to make a name for yourself and see your book in print, then editing is preferred, might be mandatory.

Typically, it’d be with editing for structural issues, like plot and character development, and then for substance, like spelling errors and typos. Even if you think the rough you wrote is the single greatest piece of fiction since Great Expectations, if you come back to it with a fresh pair of eyes, you might think “…wow, who wrote this garbage?” Then you trash it and wish you’d never became an author.

Looking at it with an eye of an artist, not as someone who just writes, you can see the issues before you and fix them. Rough drafts aren’t meant to be one and done. If you posted a story on Amazon, and it gets one star reviews because of an enormous amount of typos and plot holes, can you blame the readers for “not getting it?”

If you’re serious about publishing, you have to look into the mind of an author, not as a reader wanting to write. And it’s not too challenging if you know how to go at it. Write first, edit for structure, then proofread. A simple two step process. Now, again, if you just want to write as a hobby, then go for it. But those who want the best they can get have to edit whether they like it or not. I believe self-editing is a must, especially if you want to stand out. I’ve seen many self-published titles that are fantastic and read like a traditionally published book. Others…needed more work.

Would you rather be the one that can go at it with the best? Or someone who’s a bit average. Depending on your viewpoint, I’d say self-publishing might be the way to go.

The Importance of Professional Editing

Once the self editing is finished, time for a new pair of eyes to see it. Self-Editing can only get you so far, since you now need to turn it to someone who can look at these issues. Whether it be a trusted friend, a beta reader, and yes, a professional editor. Again, this all depends on your budget and your goal. Even if you think self-publishing is all you’re interested in, it’s worth it to have someone else look it over. Beta readers typically get the job done, and some might either offer it for free, or charge a small fee per word. Most I see is 5 bucks for a few thousand words, which for those on a tight budget, might be a consideration.

That said, professional editing, either indie or official, look at it might be a good option if you can afford it. It is an option though. I go through professional editing because I want it to be the best it can be. Finding the right one is also important, because some are either too hard, don’t bother to help, or just say your work is bad despite, you know, their job being to fix it. You also can’t give them a rough and let them have at it. Not only does it make you look more professional, it makes the editor’s job easier.

Imagine what little work they had to do if they found a story with so few plot holes and spelling errors that they wipe the sweat off their brow. As far as expense, it can be a little much. Most typically run about 800-1200 thousand USD depending on where you buy. And editing companies aren’t the only option. And while people have their concerns, I am able to find good editors. This isn’t an endorsement, but some I’ve worked with in the past are:

And those are just a few that I remember. There are a bunch of others out there. And you’re not limited to just one. Sometimes, a quick Google search and some know-how can net you not just a great editor, but an affordable one too.

Going back to you-know-who again, looking at her site, A “critique” package is 600 USD per 20k words. So an 80k word story (again, typical novel length) would run about 2,400 USD. I doubt everyone can afford that. And that’s not including the highest tier which is listed as “varies.” Not exactly convincing to say the least.

This one I found on Fiverr (a resource I regularly use, which is where I get my book cover art) has an editor who pays 10 USD per 1,000 words. So again, 80k words would be around 800 dollars. (10 x 80 = 800). Doesn’t that sound more enticing? Granted, this person likely is doing this for fun and wants to help out. Plus she has good ratings overall, so if anything, knowing where to look also helps. I’m sure you’d get more mileage if you can search through the Internet.

I don’t think self-editing alone can make you a superstar writer, but for those that want to have fun, you do your own thing. For me, I’d rather make it as a writer, since I do plan on traditionally publishing someday. The tweets from last week were pretty arrogant and put most editors (and editing services) in a bad light, but the best way to fight back by doing what you want, rather than what the industry tells you. I feel more people are going indie by the day, even big name people, so I feel that it’d be better for the world in that were the case. As far as writing and editing,