So, this is it. Infinity War is out and I’m closing things out by discussing the latest films to have come out the last two years. So let’s close things out and gear up for Thanos’s invasion.

Doctor Strange follows the story of Stephen Strange, a professional surgeon who is one of the best in the world. But when an accident destroys his hands, his days of being a doctor are finished. But when he discovers a man who is able to move despite being paralyzed, his curiosity sends him to a temple where he learns magical, reality bending powers. But when an old student seeks to resurrect a god, Stephen must learn how to use his dangerous powers to save humanity from destruction.

Visually, this was an amazing film. I love films that go beyond what is possible and possess that sense of mysticism and wonder. Being able to bend reality itself is one of my favorite powers because it’s beyond what is possible in real life. If we could see that fourth wall beyond us, or even open doorways to other worlds, or, as the film demonstrates, alter a limited space to do incredible things.

As far as plot goes, I liked Doctor Strange’s character. A man who lost everything and is trying to get it back, even if he has to believe in magic. As I’ve mentioned in Friday’s novel review, it’s easy to put someone whose focus is science-based as someone who doubts magic. Yet Doctor Strange is very open-minded when it comes to magic. Once he sees that it exists, it can no longer be doubted.

Sure going through a LSD wormhole that is cinematic triumph is more than enough to convince anyone, but Doctor Strange is serious, if not careless at the same time. He dabbles with arts that shouldn’t belong to people, and finding an infinity stone capable to altering time makes him possibly the strongest hero in the Marvel canon.

I loved this film, both for its story and its cinematography. It’s visually amazing and the logic-defying visuals that give M.C. Escher a run for his money is one to behold. If you take anything away from this film, let it be the visuals. I thought Inception was impressive, but this is up there. I love logic-warping powers and this brought it out in spades.

Guardians of the Galaxy Vol. 2

The sequel to one of my favorite Marvel films, Guardians of the Galaxy Vol. 2 continues the adventure of Peter Quill, AKA Star Lord, as they escape a race known as the Sovereign, who, after stealing batteries, goes on a crusade to wipe them out. After stranding themselves on a planet, Peter’s God-like father, Ego, greets him at last, offering to take him to his home world to teach him his true purpose. Little does he know that his father has bigger, darker plans than he realizes.

This was notably my first movie review. I enjoyed it the first time seeing it and had a blast. Second time, while not bad, kind of docked a few points. Compared to the first film, which was a “crew of losers in space do awesome stuff” plot. This one went a little overboard with being absurd. The sovereign pilot ships in an “arcade” style machine, the dialogue gets a little predictable, plus Yondu. You probably already know, but I’m kinda miffed at the ending.

Granted, I still loved the film and while at the end of the day, I don’t consider any of the films in the MCU canon “bad,” this still ends up being one of the weaker films. Fun the first time, okay the second time. It happens sometimes.

I do like the character development in this film and this did have some great moments. I loved Gamora’s first battle with Nebula, no doubt being a big rivalry between Thanos’s sisters. Plus seeing baby Groot was too adorable, especially with Rocket trying to get him to use the bomb properly (Full disclosure, I fully expected him to push the wrong button. Glad they didn’t go that route).

This duology gives some background on one of the biggest villains in the Marvel canon, whose plan comes to fruition in the recent film. I can’t wait to see where this goes. 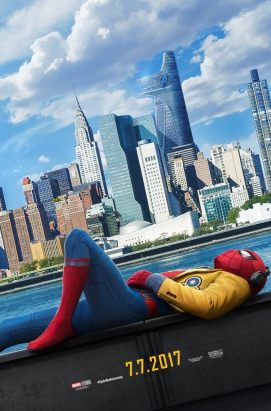 Coming off the heels of the polarizing “Amazing Spider-Man” duology, Marvel had to get this right. It’s been a while since we’ve had a decent Spider-Man film (still love Tobey MaGuire’s role, just putting that out there), so naturally, this had to pull all the stops to get it right.

Well, for the most part, they did, but I still had thoughts on it.

It involves Peter Parker after the events of Civil War, where he lives a relatively normal life. He spends most of the film trying, and failing, to balance his hero and normal lives, and try to win over Tony Stark in the process. Ultimately, his life hangs in the balance when ex-construction workers find powerful alien weapons from the first Avengers movie and go on a massive crime spree.

This “inept” Peter Parker is an interesting concept for him. While yes, he’s not particularly naïve, most adaptations peg him as the “normal kid living a hero’s life.” Seeing him as the wannabe hero, I wasn’t sure how to put it. I mean, Tom Holland does the role well, and I liked him in Civil War, but I’m not 100 percent on board with this.

The plot and story is good, the effects are fine, and the villain is somewhat relatable. I also thought while Tony has alway been that pseudo-jerk, it’s reached full tilt in this. He’s a bit cruel to Peter Parker, and becomes almost a secondary antagonist in this movie, maybe the primary. I get he’s only in it for himself, but I kind of hated him in this movie, but kind of in a good way. It made me want to cheer for Peter and get on his side. This kid wants to be the hero and is doubted at every turn. His multitasking skills are terrible and he can’t keep a secret to save his life.

Thinking about it as I’m writing this, I’d have to say I’m 50/50 on this vision of Spider-Man. It feels real and can work if given enough time. Just wish that Sony would give full rights to Marvel, though.

And last, but certainly not least, we have Thor: Ragnarok. I came into this fearing that it would be the weaker of the films. One that was fun, but felt cheesy and campy. Dear Odin was I wrong. This movie might be one of the top and had it not been for Black Panther, maybe THE top.

The story begins with Thor, returning after slaying the evil Surtur. He discovers that Loki has banished Odin and claimed the throne for himself. However, finding Odin, he dies before their eyes. That death brings about the existence of Hela, Thor and Loki’s long lost sister, who seeks to reclaim the throne and banish Thor into an 80s inspired realm straight out of Thunderdome.

I’ve said it earlier, but this is possibly Marvel’s best effort yet. It’s was such a blast watching this that I found myself laughing numerous times. To see humor and seriousness interwoven so perfectly was a sight to behold. Mr. Waititi was flawless in his execution.

Plenty of times I’ve seen serious movies try and fail to implement a sense of humor into the plot and few of them work out as well as this did. Seeing Thor interact with Loki and the Hulk made for some amazing entertainment. I’d ship Thor and Loki any day (Is it Thoki or Lhor? Eh, who knows, who cares).

Also, I felt this was the best appearance of the Hulk. Seeing him talk was a surprising moment, considering he never did in the films to begin with. I always felt that was unusual, since numerous adaptations portrayed the Hulk as being able to talk, despite his “me Hulk” mentality. He became one of my favorite characters in the film.

That’s what I loved about this film. It became a focus on the characters, rather than resort to flashy special effects. Though that is present at times, it’s mainly Thor being aloof. I kind of like that about him and really improves his character more than the previous films did. Seeing this mighty god be borderline silly was brilliant.

Your mileage may vary on whether or not this is better than previous efforts, but I thought it worked. Loki was also hilarious, and the love-hate sibling rivalry made for epic comedy.

This ranks up there with one of my favorite Marvel films, maybe even films ever. This could have gone horribly wrong, but I’m glad it didn’t.

So that’s all of the Marvel films prior to Infinity War. There is Black Panther, but I reviewed that already, so you can see my overall thoughts here. Overall, this has become my new favorite franchise and one that will make me go to the theaters any day. This franchise prints money and considering how much Infinity War made as of this post, it’s bound for more greatness. Now if only DC** could get their act together and top this (yeah, come get me =P).

Stay tuned next week when I finally review Infinity War. Likely spoiler-filled, so you’ve been warned. Like my previous movie review of The Last Jedi, I doubt I’ll talk about this without spoiling everything.

So that’s that. See you next week, and remember, the inn is always open.

**While I do like Marvel’s films better, I prefer DC’s heroes more. They’re what I imagine superheroes to be like, plus their world has an interesting atmosphere that stands the test of time. I wish DC and Warner Brothers would start over and get their efforts right. The rivalry must be serious after all.

My upcoming short story, Do Not Stare Into The Eyes of a Kitsune, is now up for preorder on Amazon and ebook retailers everywhere. Coming soon, June 5th, 2018.

One thought on “Marvel Movie-thon Part 4: Before the Infinity War”