Fiction Friday is a series where I talk about what I’ve been reading. Short Stories (and sometimes Novellas) are featured as in-between posts and the first Friday of the month will feature a new novel review. Today, I review Quiet Like A Homecoming by Cassandra Khaw. 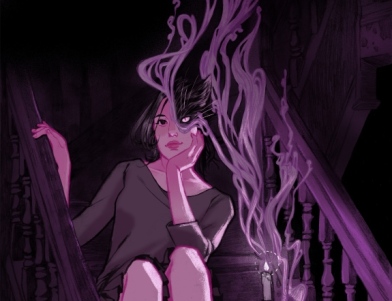 Note: This story contains references to abuse. Caution is advised when reading this.

Today, we look at an intriguing story called Quiet Like A Homecoming by Cassandra Khaw, as featured in Lightspeed Magazine. You can find it here. It’s perhaps one of the more interesting stories I’ve read so far so let’s jump right in.

The story is a letter to the main characters ex and how badly he treated her. She’s a cat with human skin who discusses how because she’s part animal, her purpose is to be abused by the human who she once had a relationship with. It’s a short story but the message is powerful. There’s a lot you can take from this.

To start, the fact that the author describes her mainly as an animal can have a double meaning. She could either literally be an anthropomorphic creature who coexists with human life, or she could actually be a human, yet seen as nothing more than an animal to her owner. Either way, it sends the message that the main character was mistreated by the man she dated as if she were an animal herself.

We often hear stories about animals and how they believe themselves to be slaves to humans. The author notes the differentiation between how human women are treated and how she herself is treated due to her animal-like qualities. Of course, we have situations in real life where women are abused but there’s something about the moment where the narrator explains how her kind is treated compared to ordinary women. This isn’t a typical case of domestic abuse, this is almost akin to slavery. That animals have no purpose other than to serve their masters.

Take this scene for example:

An animal wife is an accessory.

A spouse is permitted liberties, the libations of agency. Small things like the right to choose the hue of her hair, to drink the stories decocted by strangers, to sleep on a roof under a damask of stars. A spouse, according to fiction, is equal. They are a partner.

An animal wife is not. She is instead ornamental, constrained by coercion, not choice. She is leashed to a length of flayed skin, tidily folded into a cedar chest. She is pliable, pure, convincingly demure.

And most of all, she is angry.

An animal wife always is.

You can draw so many conclusions and real-life parallels from this. Either way, this scene, though short, gives a clear view of how different this “animal” is from others. No surprise she’d be treated by an animal and not another species.

This subtle change makes this story so empowering. It reads like a break-up letter to an ex, but it has a uniqueness to it that makes it stand out from the others.

The unnamed characters (as far as I could tell) is worth relating to. She’s tired of being treated like an animal and wants to live a like a human. Yet she’s not like other humans and as a result, has to suffer to her human lover (at least I assume it was a lover). She doesn’t do too much, only recounting the time with him, but it’s one I’m sure many understand a feel empowered just reading it.

She’s had enough, so she’s taking it out on him. She’s done with the abuse, the hate, and the racism of being animal-like. She’s done. I know I’m a guy, but I understand where she’s coming from.

I loved her attitude and how she handled this.

There’s not too much in terms of a big story, but the writing was fantastic. Ominous and heartfelt, the numerous descriptions painted a lovely picture of an animal woman drinking coffee, contemplating about her life and how she should continue. The line above is one of the many examples of how so little can become so powerful. I felt the writing was brilliant and well done.

So that’s that. Short as well, but I had more to talk about. My words will not do this justice. Please read this when you get the chance. I highly recommend this one.