Fantastic Wonder is a series of Fantasy related posts where I discuss different aspects of the genre and the many tropes and plot lines associated with it. Today, I talk about the anime film Your Name. 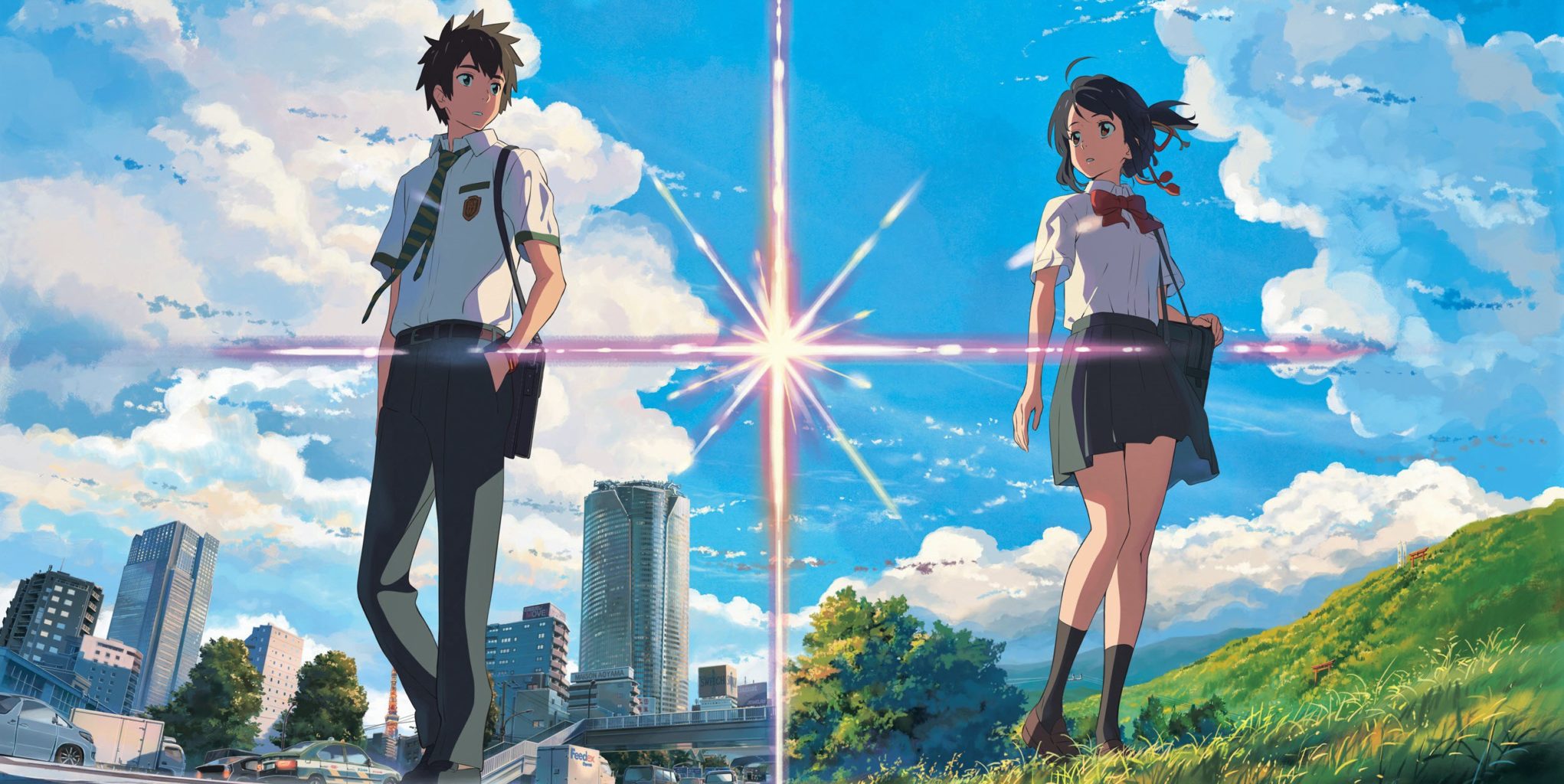 Confession time: It’s rare I watch romance movies, or heck, romance anything. I’m not too into the genre and not because it’s a girl thing. It’s just I see a lot of romance plots in stories all the time, so having an entire genre dedicated to it seemed counterintuitive, but to each his (or her) own I suppose. I’m always in the camp of “If the story is good enough, I’ll pay attention to it.”

That said, Your Name is a romance movie, more or less a Shoujo (young girl in Japanese, essentially shows geared towards girls). Now that alone I wouldn’t pay any attention to, but the fact that this movie is such a box office success in Japan and got rave reviews, I had to be at least curious. A movie that could stand on the shoulders of Miyazaki and Studio Ghibli was no laughing matter. It’s the only film that accomplished such a feat.

So I figured, eh, I’ll give it a try. And boy, was I impressed. It could be one of the best anime films I’ve watched in a long time. I don’t usually watch anime films, but this one deserves all of the hype. I can see why people love it so much.

Our heroes, Taki and Mitsuha, wake up one morning inside each other’s bodies. Initially, we see Taki as Mitsuha, and the first thing he does is a grope check (in case you’re wondering, yes, Mitsuha does the same at one point). Yep, welcome to anime. Anyways, we see Mitsuha’s family. She lives in the countryside performing rituals. The next day, Mitsuha can’t remember anything, but her classmates can.

Then we see Mitsuha in Taki’s body. He lives in the city, working at a restaurant. Taki’s strange behavior allows his co-worker to develop feelings for him, something I’m sure the kid didn’t want.

It’s a Freaky Friday scenario that forces the two to find out about each other. It’s an interesting story that shows that love is a powerful force. I don’t think it’s explained how these two are switching, but the comet might have something to do with it.

So they go through their lives until one day, they decide to finally meet. However, that task is easier said than done, as the two are worlds apart. I won’t go into specifics, but this story has a powerful plot twist.

It’s one of those tales that isn’t necessarily love at first sight because they don’t seem to care who the other party is, just that they’re in each other’s bodies. It doesn’t follow a lot of the usual romance Tropes and that’s what makes it so good. In fact, the romance is only implied and the movie in its entirety is them meeting each other.

What I love about it

This movie has such an engaging plot that goes far beyond finding true love. It’s a sense of wonder where two completely unrelated characters seek each other. It’s a unique take on the genre and it’s something I’d love to see more of. Not just be “boy meets girl, girl hangs out with guy, guy gets married to girl, etc.

Plus the chaos of the mind swapping scenario adds to the charm. Forcing the other genders to experience their lives as each other makes for one hilarious story. Not to mention that whatever they experience doesn’t go away. They can affect each other’s lives while still figuring out their own.

The overall story is very gripping. While I won’t spoil much, an incident forces the two to finally meet. And while this is for the most part a romance, there’s a sense of urgency in figuring out who Mitsuha really is. The story goes into a different shift that pulls it away from the romance side and becomes a moment of reckoning for the two of them.

The story is so suspenseful that you can’t help but stay glued to them. Taki and Mitsuha are also such relatable characters that you want to root for them. It’s a great story overall and it makes this a fantastic film.

This movie has plenty of competition with other anime films. Spirited Away, Princes Mononoke, Akira and so on. This falls closer to a film like those from Mamoru Hosoda than it does anything as graphic as Akira. But is it the greatest anime film ever? Not really. This is a wonderful film and deserves all of its praise, but having something be the “best anime movie ever” is a big statement to make. I’ll say that this definitely should be on the list of greatest anime films, even if it doesn’t take the top spot. I’ve seen a few anime films prior, like some of Hosoda’s films like Boy and the Beast and Summer Wars. These films can stand on its own and provide an amazing sense of wonder.

Your Name has something special going for it, but I’m honestly not sure what it’s doing that other anime films aren’t. Perhaps it’s the art style, which is fluid throughout the entire film. The plot is another thing where it doesn’t follow the traditional romance story, yet has that sense of urgency and mystery to it.

Whatever the case, this film is a classic and will definitely be remembered for a long time. If you’ve never seen an anime film before, but don’t know where to start, then I’d recommend this. It’s not too wild and wacky and is a perfect example of how good the anime industry can get. If you’re tired of seeing goofy comedies that do weird things and want something a little ordinary, then this is one I’d recommend to start off with.

So that’s all for today. What did you think of this film? Does this make you want to try it out? I’d love to hear your thoughts.

Got any suggestions for future topics and reviews? Hit me up on my social media channels and let me know your thoughts. I always read the feedback, even if I don’t respond and every reply counts.