Beyond the Stars is a series of Science Fiction related posts where I discuss different aspects of the genre and the many tropes and plot lines associated with it. In today’s post, I talk about everyone’s (and my own) fascination with kaiju and giant monsters. 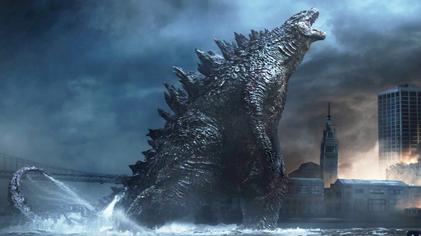 I recently saw Shin Godzilla for the first time on Saturday. While I had mixed feelings about the film, I figured I’d spend some time talking about another favorite plot device of mine, perhaps my most favorite. Giant monsters. More specifically ones based on kaiju, or daikaiju as they’re sometimes referred to.

When I was a kid, I would always imagine myself as my own giant monster. Obviously he was a lizard-like monster, and of course, he rampaged through a city that basically resembled a generic city, but he was simply going around, stomping and having a fun, destructive time. Nothing malicious, just going with the flow. Because when you’re that big, what else do you do?

But what is it about giant monsters that fascinate us?

Perhaps it’s just their absurdity. We’re talking about a creature taller than most skyscrapers in the biggest city in America. We’re talking at least 200-300 feet tall of pure monster. Anything that big in real life could collapse under its own weight. Think of a 100-foot whale landing afloat. It doesn’t have the mass to lift itself back into the ocean.

Some kaiju plots will try to explain their existence. In Shin Godzilla, he’s one giant nuclear reactor and is using the energy to function. While there are plenty of scientific reasons for kaiju, this is one example of a plot device where the concept is interesting enough that justifying their existence isn’t that important in the grand scheme of things.

After all, a massive colossus of pure destruction is amazing in its own right. Of course, there are things like food, oxygen and all of that, but those can be worked out along the way.

So how does a kaiju get so big in the first place? The most obvious origin for a giant monster is nuclear mutation. Radiation caused this thing to grow to enormous sizes and adjusted his natural functions to cope with it. Of course, this was back when we barely knew anything about radiation or nuclear technology anyway. You can’t exactly fault people back then. Nowadays, most authors rarely, if ever, use this plot device and resort to another method.

The second is magic. The character or creature grows due to a spell that alters their size. This is the safest one since magic tends to bend reality to the whim of the user. After all, fire spells would be impossible without burning you alive and anything else would be devastating. Again, it comes down to the whole, suspension of disbelief. We know magic is fake anyway, but who cares.

The third is science. Some experiment or pill or what have you will force a rapid growth spurt in whatever the creature is. This is perhaps the other common one and the most likely used today alongside magic. However, how exactly the creature grows is dependent on the method used. Sometimes it’s a growth ray which, admittedly, would have no regular application aside from just making things bigger. Usually, the justification is food related (making, say, an apple larger than normal, but even then). Another method is a drink or a pill that the user consumes to grow.

I do sometimes use these methods, but not always. I prefer to use growth sparingly and usually keep most of my stories clean, but imaginative. Don’t worry, I won’t flood my stories with growth (though I do have a tentative kaiju-themed short story I’m working on).

The giant monsters themselves

Of course, we have to talk about the big G himself. He’s the most common kaiju and the basis for any giant monster story. He’s also a huge inspiration myself. I’ve seen a handful of Godzilla films and only two in its entirety (the 1998 American film and Shin Godzilla). Others I’ve seen snippets of or screenshots.

There’s also the Godzilla before him, King Kong. I haven’t seen Skull Island yet, but I am familiar with him. He’s also the second biggest giant monster and probably the most referenced. There is the crossover within the Godzilla franchise (and an American version of that coming soon). Both of them (depending on the adaptation) are portrayed as sympathetic and sometimes an Antihero. They’re both treated as heroes who are misunderstood by militaristic forces who want them destroyed.

Another giant monster series that’s getting a huge amount of popularity is Attack on Titan. They’re creepy humanoid monsters that resemble people with sharp teeth and distorted smiles. It’s set in a fantasy dystopia where humans are forced to live inside walls because there’s no other way to stop them. It’s a fantastic series and one of my favorite anime to date. Pretty gruesome, though, so a word of warning.

That’s always a general theme with monsters is how big and threatening they are. I’ve seen a few works where the giants are kinder and more sympathetic, but the common go-to plot line is they rampage and destroy things. Which isn’t always a bad thing, but a little diversity wouldn’t hurt.

Plenty of adaptations have used the giant monster situation. While it’s rarely seen in live action (mainly due to how silly it tends to be in a normal setting), animation has plenty of moments with this. In fact, it’s far more common to see it in animation. I could list examples, but my rule of thumb is, if it’s a silly animation where anything can happen, it’s probably happened. Especially cartoons like Looney Tunes. Even if the situation is relatively normal, you can almost bet on a giant sequence here and there.

It’s such a strange concept, but why? Why does it pop up in so much material and why is it such a big deal? Perhaps it’s that sense of might. The character is so big and powerful that nothing can stop it. Yet the character may not have that mindset and simply stumble around due to his new size. If you grew taller than a skyscraper what would you do? Find a way to shrink back down? Go with the flow and destroy whatever stands in your way? Or would you realize that you’re essentially immortal and conquer the world? 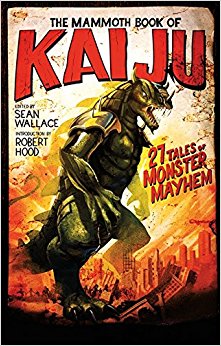 Kaiju are very common in media, but what about novels and short stories. I showed a book on twitter that’s called The Mammoth Book of Kaiju, which is a short fiction collection of giant monsters. That, in itself, stems from a larger short fiction anthology called Daikaiju. Maybe I’ll review a few stories from there. Aside from the occasional fanfic here and there, I don’t see too much in actual fiction. Maybe because I just haven’t been looking hard enough, but I don’t see that many, especially novels. If anyone can point me out to a few, I’d be glad to take a look at some.

Anyway, that’s my take on kaiju and giant monsters. It’s a silly concept that’s taken on a life of its own and that’s what I love about these kinds of plot devices. Making the impossible real, even if it will never happen. That’s what fantasy is to me.

That’s all for today. Take care and remember, the inn is always open.