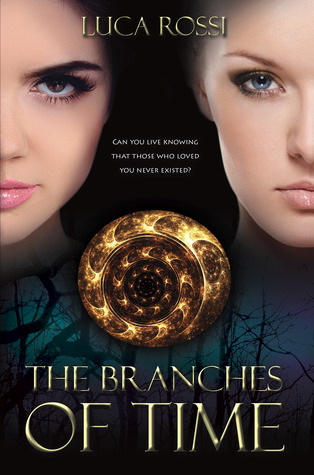 The Ramblings of an Imaginative Author

The Branches of Time Review

Fiction Friday is a series where I talk about what I’ve been reading. Short Stories are featured as in-between posts and the first friday of the month will feature a new novel review. Today, I review The Branches of Time by Luca Rossi.

I got a series of books not too long ago from a fellow author on Twitter. It’s called “The Branches of Time,” by Luca Rossi. He was nice enough to send me a few copies and being the modest guy I am, I figured I’d share my thoughts about this. This is more detailed than my last review since I had a moment to digest it all. I’ll structure these reviews in terms of plot, characters, and writing. So let’s kick things off, shall we?

The Branches of Time is an adult fantasy novel about a newlywed couple, Bashinoir, and Lil, who endures the annihilation of their entire family at the hands of a mysterious spell. The two and the priestess, Miril, are the only ones who remain. They soon discover a strange phenomenon as the dead islanders vanish without a trace. Their only hope is for Lil to be a priestess herself so that they can heal the island.

I’ll try to keep this as spoiler free as I can, but that’s the gist of it. As far as the book itself, it’s self-published. As far as self-published stories go, this could have used a lot of editing in terms of pretty much everything. I’ll go through each one in detail and explain my overall thoughts of this story.

But first, a confession:

I didn’t finish reading it. I don’t intend to.

It seems unusual since I feel that a reviewer has to know everything they can about the book before reviewing it, but I had a hard time getting through this. So let’s start with the biggest issue for me:

The main characters are Bashinoir, Lil and Meril, who are the sole survivors of Turios, an island wiped out by a strange spell that killed their entire family during their wedding. I will admit the beginning of the book had a great start. A happy wedding and then chaos. That’s a good beginning.

But the characters all felt like they were simply there. None of them seemed to have any distinct personality aside from a few, one of which I’ll get to in a bit, but I didn’t feel any sort of differentiation between any of them. You would place the same character in each dialogue moment and it wouldn’t matter. To me, none of them had any uniqueness to them.

They were also barely described. I couldn’t tell who half of the characters looked like and any descriptions they did have were bare bones as well. Most of them don’t even get descriptions at all. It adds to the idea that they’re just there, riding through the story.

But the one issue for me is the book’s main villain, King Beanor. He adds to the parade of soulless characters by being a caricature of everything evil. He’s cruel, sexist, hotheaded, everything you could think of in a bad person. Most of his scenes are focused solely on women and how much he wants to love them and make out with them. Without spoiling too much there’s one plot-line where he marries a younger woman simply because she was beautiful and nothing else, and all he could think about was their inevitable make out session. A romance plotline from a villain’s perspective I don’t have any issue with, providing they’re done right.

Yet with Beanor, that’s all he can think about. He has no motivation, except for getting off the island, but he’s so predisposed with women that it’s almost a turn off just seeing him talk for so long.

In addition to his sexism, he doesn’t seem to have any reason to commit the horrible acts in this story, other than, “I’m evil, so there.” In fact, aside from the idle threats, we don’t actually see him carry out acts of murder. We probably do, but I didn’t get far enough to find out

Overall, he was the biggest flaw that dragged the story down. The other characters were okay, but none of them made an impression on me.

The plot, as I’ve mentioned, involved three characters who, after a devastating tragedy seeking to figure out what happened. The story seems to be pretty even with both the heroes and the villains getting screen-time. However, the plot drags on to no end. This is a story with short chapters, which I’ll talk about in a moment, the story bounces all over the place. It’s a multi POV story, yet the story bounces from one situation to another with no idea of what’s happening. There are a few flashback scenes that show up with no indication that it’s even a flashback. Half of the time I was figuring out what was going on. One chapter was kind enough to tell me that it was set 2000 years in the past, which is awfully long for a story set in a medieval era. The medieval era lasted for only a few hundred, never mind a few thousand.

Anyway, the plot can be hard to follow, but I understand most of it. The problem is it’s hard to know what’s going on since it bounces around so much from one POV to another. And the chapters tend to be anywhere between one and five pages each. I’ll get into chapters later. Every time a POV switch happened to a flashback, I get lost trying to figure out who this is and why I’m suddenly caring about it.

The story jumped all over the place with no clear indication of where we are or who we’re talking about. And some POV swaps last for a while with two or three chapters about one POV before switching to another.

I didn’t last long enough to figure out what was going on.

The writing has that “self-published” feel. It’s average at best. I followed along pretty well, but the POV jumps are what bothered me the most. Sometimes the POV switches in the same scene. Especially anytime someone thinks in their head. There’s no clear indication who the POV character is. I’m taught that each scene has to have one POV character, but many chapters I couldn’t tell who that character was.

The chapters were another issue for me. There’s 46 in total, and they’re all short. The book, physical at least, is 151 pages long, start to finish. That’s really short for a book to start, but the chapters are even shorter. One chapter was only a paragraph long. Yes, one paragraph as one chapter. I didn’t understand why that needed to be there. I felt like more time should have been spent on this and the overall pacing felt rushed due to the nature of these short chapters. It came off as a second draft effort. I didn’t find any spelling errors or grammar mistakes, so I guess that’s a plus, but the writing didn’t stand out to me.

To sum things up, the story felt underwhelming and I couldn’t bring myself to finish it. I did get another book, his short story anthology, which was thrown in as a bonus, but I’m not sure I’ll pay attention. Considering this was a gift, I feel bad for going on like this, but I’m an honest man, and I don’t like to hide things. Hopefully, the next book I read will be good, and I do have an idea for a follow up later in the month, considering what got announced at Comic Con a while ago (hint, hint).

Overall, I’d give this story a 5/10. It felt like it could have gone somewhere, but if a little more time and care went into this, it would have been a good read. Overall, it’s a mediocre story with little soul behind it.
So yeah, first actual book review and it’s a negative one. Good first impression, right? I’ll have something better next time.